Craig Conway is an accomplished English actor, writer, producer and director who has worked in film, TV and theatre for over two decades, working with some of the world’s finest creative talent.

On stage Craig has worked in these various capacities, creating and devising projects for theatre companies and organisations, including The Royal Shakespeare Company, The Northern Stage Ensemble (Founder member), Contact Theatre Manchester and The National Theatre.

Starring in the highly acclaimed one man show Fragile and Doorman/Bouncer written by BAFTA award-winning writer Geoff Thompson and directed by Nick Bagnall, Craig has also taken on leading roles such as Macbeth, Winston Smith and George Orwell. 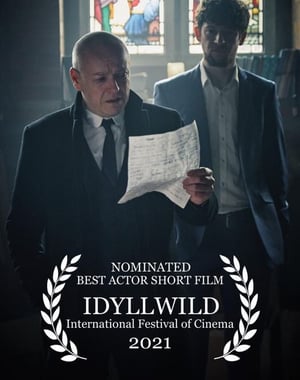 On screen, he has starred in films such as Dog Soldiers, The Descent and Doomsday, Vera Drake, The Tournament, Scintilla, Estranged, Four and Broken to name a few. More recently, he has appeared in the action movie Final Score starring Pierce Brosnan, and in The Current War, directed by Alfonso Gomez-Rejon, and starring Benedict Cumberbatch. Craig also appears in The Courier, Zachary Adler’s 2019 action thriller, starring Olga Kurylenko, Oscar-winner Gary Oldman, Dermot Mulroney and Willian Moseley.

Craig received international acclaim with his portrayal of Malky in the multi-award winning short film Romans 1220 from Geoff Thompson and the Shammasian Bros. His television credits include Vera, Wire In the Blood, George Gently, Our Friends In The North, and many more.

In 2021 Craig was nominated for the Best Actor Short Film award at the Idyllwild International Festival Of Cinema for his work in the 2020 short film Eulogy.

His producing credits include independent films such as Devils Playground, Scintilla, Four, Estranged, Warrior Code, Ghost Writer Giantland and Broken which Craig also produced and co-wrote. Craig is a member of the Writers' Guild of Great Britain.

Craig gives back to the creative industry via lecturing, mentoring and masterclass training. He believes supporting rising talent across the industry is crucial and aims to help artists understand themselves through exploring the creative process and, since reading FREEDOM, he is introducing students and professionals to the explanatory power and real and lasting transformation it brings.

“FREEDOM is having profound effects in all I’m doing personally and professionally. I keep finding so much comfort and contentment within this work and find it truly opens up this natural state within me which for so long has struggled to make sense of the circumstances and situations that can often overwhelm and confuse. Yet with all this insight and knowledge in FREEDOM comes such revealing and enlightening truth it allows me to enjoy the very universe we have fought so hard to know and understand, which I can now actually be part of it in all of its wonder and glory!” “Since promoting FREEDOM on my social media I have been invited to talk more about the creative process and the ‘divine dissatisfaction’ so many artists struggle with as a direct result of the dark ‘cave’-like state we embattled humans have become accustomed to, all of which Jeremy Griffith explains and clears up.

I have to say when I first read FREEDOM I could feel my mind’s reaction to it, the fear was palpable, wanting at first to reject anything that goes against the 30-plus years of my learning. It was a painful process, however, thanks to the accountability of the book’s contents, and support from some mindfulness for concentration, I got through the fear and now I can access it more freely.

I feel compelled as an actor, writer, producer and director here in the UK, working in varying capacities with many people within the arts and educational arenas, to see how and where this amazing work can be incorporated to ensure more people become aware of it. I want to introduce people to this incredible study, insight and guide to the human condition, and also help them through the fearful ‘deaf effect’ so they too can begin this much needed path of discovery and enlightenment, so that we can all progress into this next level of understanding for humanity.”